Every fourth Sunday in October, the New St. James Jr. Choir and Sunshine Band would celebrate their annual Choir Day. It’s a tradition that dated back years as a way to praise God for blessing the program to make it another year.

However, the program in recent years had evolved to be something more. It became a way for children’s music ministries from across the region to get together, fellowship, and worship.

New St. James’ youth music ministries had humble beginnings. The Jr. Choir program was started by the late Mother Ellen Jeffery. Prior to creating the Jr. Choir, Jeffery was one of the pioneers of the church’s Sr. Choir which was started after she became a member of the church.

For many years, the Jr. Choir would celebrate their choir day on the fourth Sunday of every October – a date shared by another local youth choir, Union Valley. In fact, for years, the choirs would support each other by singing at each other’s engagements.

The Jr. Choir had a musical legacy that was just as renown as the Sr. Choir, in which the children would be invited to various locations across eastern Arkansas to sing praises to God. The choir’s anointing was so great, they were even encouraged to compete for a chance to sing on BET’s Bobby Jones Gospel program.

The Jr. Choir gave the church’s youth an opportunity to learn leadership skills, provided an outlet to let them use their God-given talents, and get introduced to the music ministry. The children also joined with the church’s Youth Department to engage in various outreach activities, such as mission trips and donation drives.

Jr. Choir members would eventually grow out of the choir and join the Sr. Choir choir; and, for a while, the church only had those two music ministries, until the turn of the 21st century.

In 1999, the late former church musician Sis. Sirica McKissick created a choir for children who were getting overpowered by the older kids. McKissick created the New St. James Sunshine Band to give even younger children the opportunity to be seen and to sing praises to God.

The Sunshine Band would also train children how to sing praise to God. These youth would share their singing duties with the older Jr. Choir during worship service and on the annual choir days.

Leadership was an essential part of both youth music ministry programs. Sunshine Band members would get an opportunity to lead songs. The Jr. Choir would run just like a typical choir with officers and directors, but all under the watchful eye of an adult sponsor.

The Jr. Choir has had many choir directors, such as Sirica McKissick, Stephine Futrell, Donna Gatlin, Terell Jackson-Robinson, Kieshel Williams-Curry, Latasha Stegall, and Brycial Williams. As of 2019, Richard Walker is now the choir’s current choir director.

As of the Sunshine Band, after McKissick started the program, Sis. Vanessa Smith took over leading the program. Afterwards, Sis. Donna Gatlin became the band’s sponsor and remains so as of 2019.

The New St. James Youth Department began recently celebrating God’s blessing of our youth by recognizing Children’s Day which is celebrated around the 2nd Sunday of June in the U.S.

Bro. Brycial Williams announced in 2019 that the Jr. Choir and Sunshine Band would take a brief hiatus in 2020 on their annual choir day and start celebrating it on Children’s Day on the second Sunday, beginning in June 2021.

The move would also make it easier to participate in the annual choir day celebration which would now happen during Summer Vacation as opposed to around the middle of the school’s semester.

Did we leave anything out in this article? Is there a memory that sticks out to you about the Jr. Choir or Sunshine Band? Please, leave your comments below! 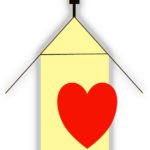